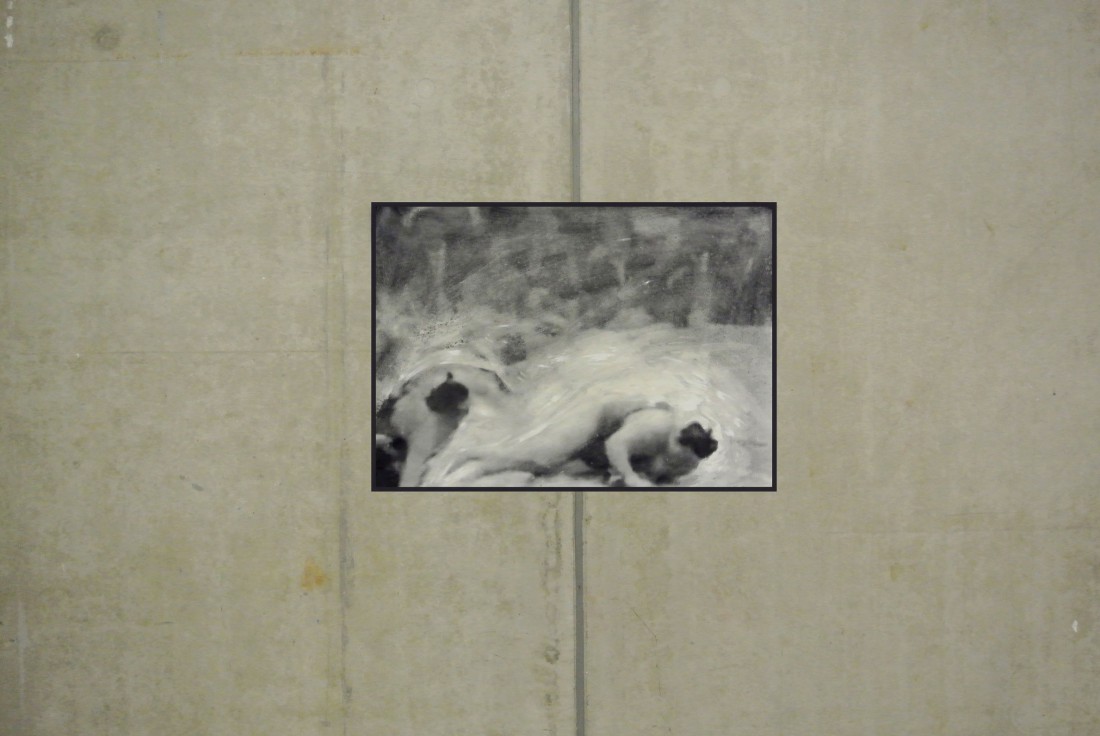 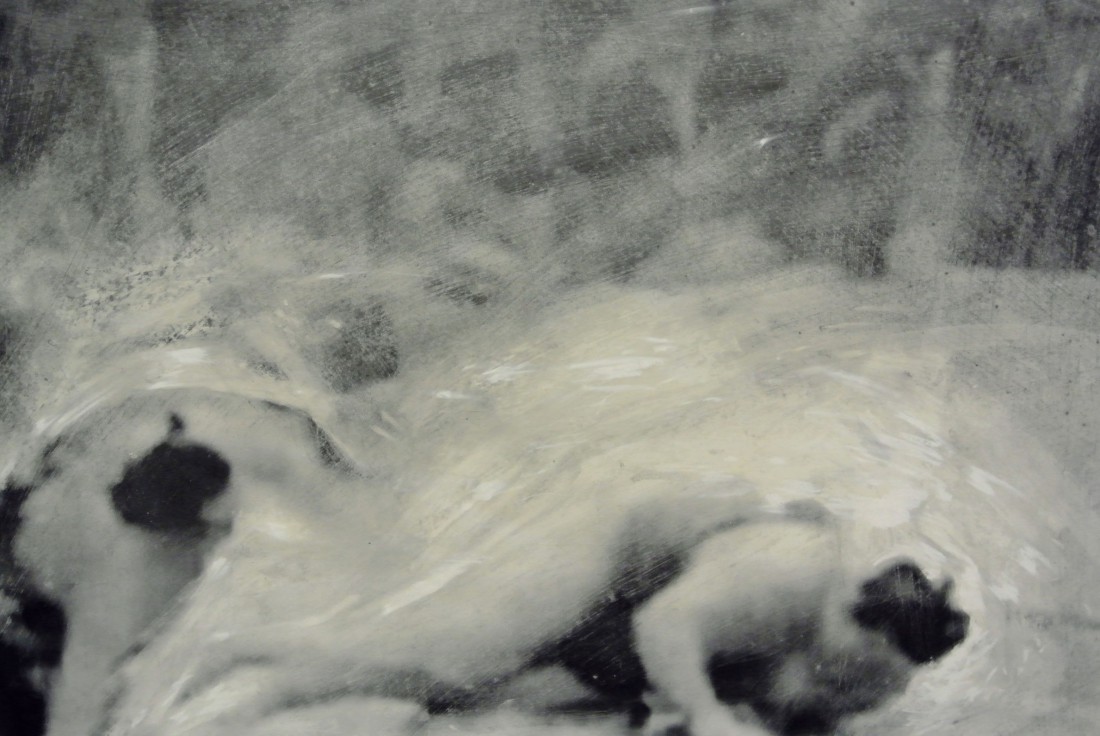 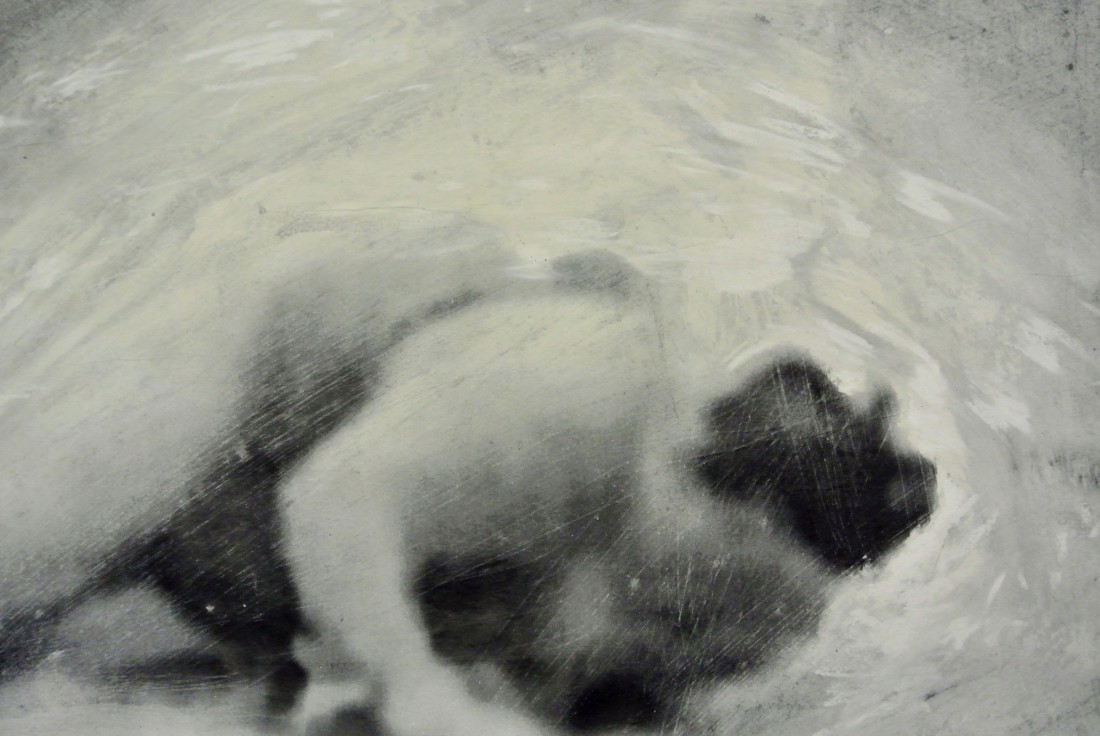 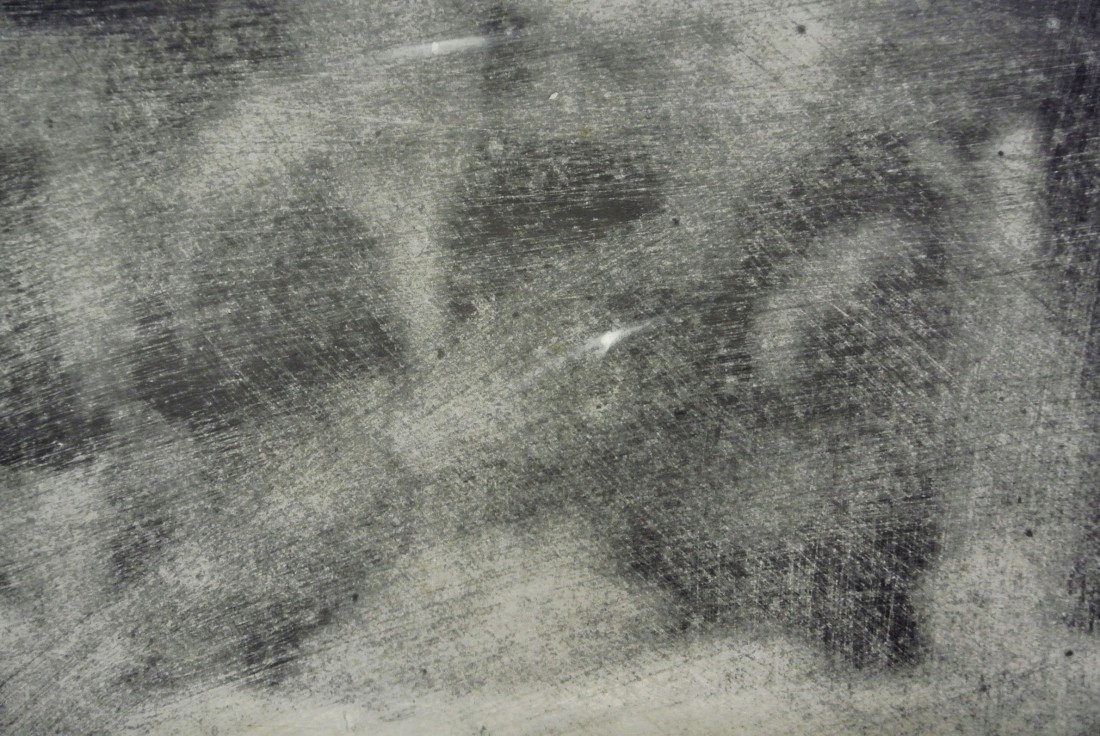 This series of paintings reflects upon the iconic Japanese figures of Sumo wrestlers. Some interesting situations arise when the two colliding bodies have an equal mass, and the collision is elastic. Like floating masses, during Sumo’s matches, two bodies literally “fluctuate,” float and get lost in pleasure, removing the melancholy of reality and pain.

It is an opportunity to narrate the marginality of being, the indefiniteness of thoughts and states of mind that contain complex stories of human behavior. There is an elusive aspect that forces us to the margins of narration when the contending object (subject) is the inner world. In this series of paintings, the elements are gathered to comprise portions of sentences like pieces of a domino, disconnected exclamations, shreds of memories that drip here and there and merge on each other.