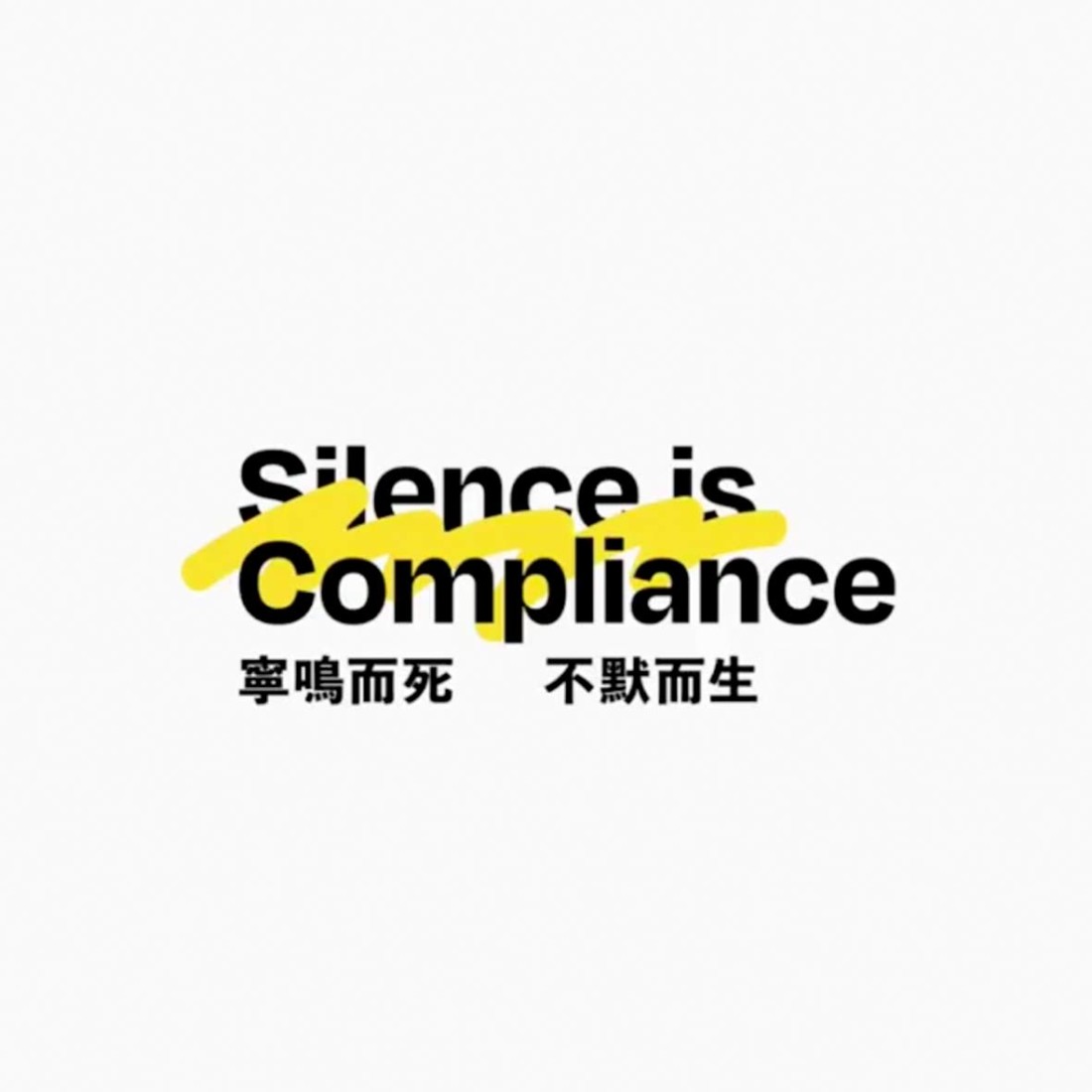 Silence is Compliance: a pro-democracy platform

“Silence is Compliance: 寧鳴而死，不默而生” is an international online art project to remember one year of social movement in Hong Kong and to rally support from the international art community.

Launched by artists based in Hong Kong and Europe, the aim is to raise awareness among the international artistic community of the looming National Security Law imposed by Beijing.

The National Security Law, passed on May 28, and would make criminal any act of secession, subversion, terrorism and activities by foreign forces that interfere in Hong Kong. People believe this will affect free speech and their right to protest and many are also afraid Hong Kong’s judicial system will become like China’s. In fact, in line with the “one country, two systems” principle, the draft resolution goes against Article 23, stating that Hong Kong must draft its own security law. Finally, people worry that a threat to Hong Kong’s liberties could affect its attractiveness as a business and economic powerhouse.

The exchange over the security legislation, which is expected to be implemented by September, came as Hong Kong marked the anniversary of a major protest that saw a turning point in the city’s pro-democracy movement.

The platform “Silence is Compliance” is led by Young Blood Initiative, an organization operating from Amsterdam, London and Berlin, in collaboration with the bilingual English-Chinese platform We Are HKers and Hong Kong-based publishing collective Zine Coop. The initiative comes after more than 1,500 cultural workers in Hong Kong signed a petition expressing worry that China’s new national security law will further restrict creative freedom. “When the act of remembering could be a sin, the freedoms of speech, expressions and publishing are severely threatened”, is stated on their website. “It has shaken many of us. Hong Kong is at the forefront in the global fight against totalitarianism,” Candy Choi, the founder of Young Blood Initiative, tells The Art Newspaper. The project has been put together by a team of eight, and features works by various artists including Bettina Fung, Niccolo Masini, Boms and Jaffe T as well as writers and researchers.

The assumption is that as Chinese authorities finalize the legislation, Hong Kong creatives abroad have bigger responsibilities. However, Candy Choi, one of the founders of the platform, fears the group and their collaborators might not be able to return to Hong Kong because their personal safety will be at risk.