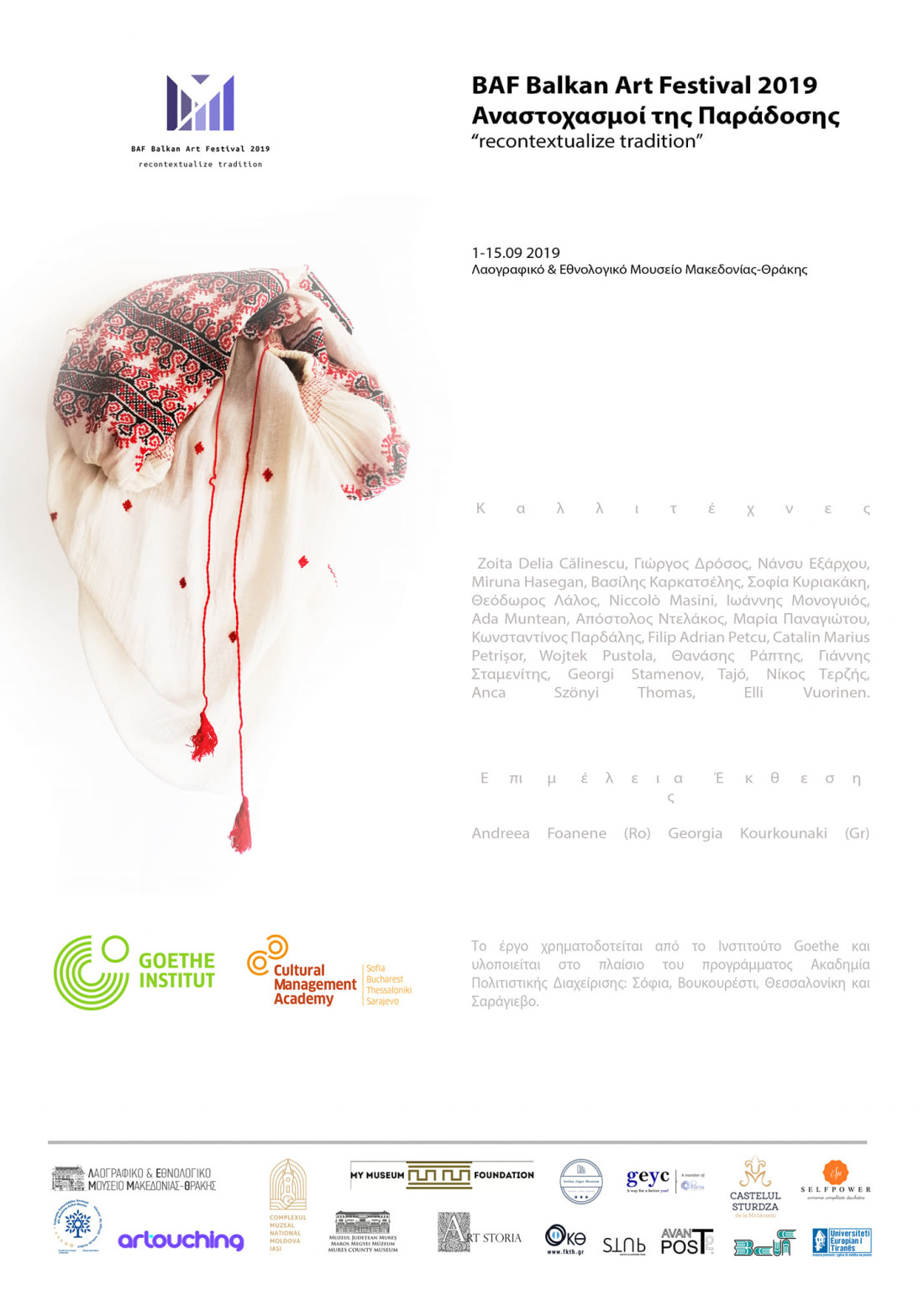 – National Museum of Life and Ethnography of Macedonia and Thrace, Thessaloniki  (01-15/9)

BAF Balkan Arts Festival is the new institution concerned in mapping the contemporary artistic topography of Balkan region. The aim of the Festival is to create a network of artists and art institutions promoting creative dialogue and extraversion, as well as to investigate and archive the emerging developments in contemporary Balkan arts. The main event of the festival is an annual exhibition taking part in different Balkan locations. Nevertheless, the festival incorporates publications, workshops, network meetings, and continuous archiving activity.

The second part of the first edition of RGB Balkan Arts Festival moves to  Thessaloniki (Folk Life & Ethnological Museum of Macedonia & Thrace, Thessaloniki) presenting the contemporary art exhibition and performance’s program “Recontextualize traditions”. The 2019 edition investigates the multiple facets of Balkans region that have been captured by contemporary artists inspired by the field of traditional arts & crafts.

In 2019, the BAF Balkan Art Festival organizes an itinerant exhibition that will be presented in Romania at the Palace of Culture in Iasi between 27 and 28 June and in Greece at the National Museum of Life and Ethnography of Macedonia and Thrace in Thessaloniki from 1 September to 15 September.

The official opening at the National Museum of Life and Ethnography of Macedonia and Thrace, Thessaloniki is scheduled on 01.08 at 18:00.